Your Life Is Not a Movie – Stop Acting and Live It. How I Realized I Was Boring and Overcame Imposter Syndrome 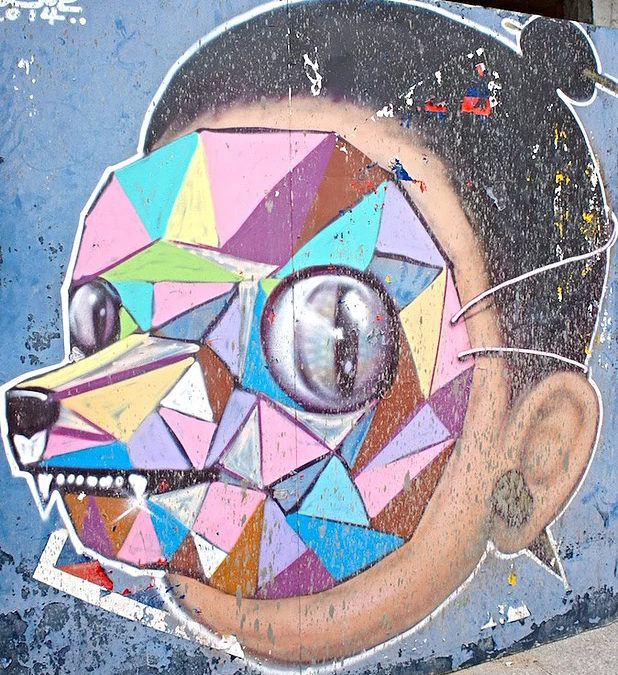 For nearly my entire career, I worked as a Management Consultant but I was really training as an actor. My job was about tackling big challenges for some of America’s largest and most well known companies. I worked alongside incredibly smart, well-educated, driven and tireless colleagues. Our work meant we regularly interfaced with the highest levels of leadership in a given organization – people twice my age (early in my career) with twice the experience, and typically with a healthy dose of skepticism towards (or fear of) consultants.

The nature of this work meant you had to endure the ruthless (or at best apathetic) personalities of partners and senior staff. You had to be supremely confident in your own abilities. You had to know your stuff and then some. You had to be prepared to give the right answer before the question was asked. You had to demonstrate your worth at every turn, not to mention be impeccably productive. You had to sacrifice having a life so you could do the work of two or maybe even three people. In most cases, you had to do almost everything and it had to be perfect. Or at least that was my interpretation of it.

Regardless, I had a problem. I didn’t have, or want to have to do any of those things. I wanted a life. I wanted to see the cities I was inhabiting (my actual inhabitance usually consisted of a commandeered windowless conference room in a basement and a boxy room at a nearby mid-range hotel).

I wanted to do work that mattered without fear of reprisal.

I wanted to leave the office at a reasonable hour.

I wanted to work and have fun doing it.

I wanted to feel confident about my abilities.

So, what did I do? I told myself it would be temporary – five years max and then I would move on once I had gotten the experience. What happened? I ended up staying in the industry for *gasp* twelve (mostly) trying years and faked it as best I could. This wasn’t the faking it of the ‘fake it till you make it’ variety. I faked it in the sense that I became a different person when I went to work. I adopted the personalities of those around me. I incorporated those

traits that I thought would serve me best and tried to repress any internal conflicts about the work and its requirements.

This was an awful strategy. The result? I was an actor, playing a role in my own life.

This wasn’t a role I was told I had to play, this was a role of my own invention. It was what I interpreted I had to do to be successful (at this point in my life, I was defining success by what others thought of me and my paycheck – two brilliantly hopeless interpretations). So, I donned my ‘consultant’ persona each week and slowly grew more resentful, frustrated, confused, doubtful and tired.

Some have referred to what I’m talking about as the ‘masks’ we wear throughout our days, weeks or lives. I think that’s a pretty good way of thinking about it. We don masks to conform to what we think are the expectations of us in any given situation – could be social, could be professional.

Why? We do this because of fear. We are afraid we’ll be found out. We are afraid that if we show up authentically as our selves, we won’t measure up or we’ll be judged harshly. This is sometimes referred to as Imposter Syndrome. What’s interesting is we “consistently overestimate how much, and how badly, others think about us and our failings”, according to Dr. Raj Ragunathan professor of Marketing at the McCombs School of Business at UT-Austin and author of “If You’re So Smart, Why Aren’t You Happy?” Once again, we learn we are terrible judges – of just about everything.

For me, the fear was layered. On one hand I wanted to be viewed as competent and capable. On the other hand, I knew the work and it’s demands weren’t what I wanted but I was afraid to make a change for fear of failure. On went the ‘consultant’ mask – I was trying to stagel everyone, including myself!

Well, the results were predictably miserable. I had a lot of internal conflict. It was weird showing up at work and trying to be a different person, trying to fit into my interpreted image of a consultant. One interesting outcome I think, of my acting was in my performance (my work product, not my stage performance!) – the one thing I was so worried about in the first place!

By virtue of spending so many brain cycles on playing the role, I wasn’t able to produce my best work.

I wasn’t bringing my unique perspectives, experiences and ideas to the table. I was giving a generic, watered-down version of what I thought was the right thing to say. By doing so, I was half-assing it and I WAS BORING.

The other really obvious thing (in hindsight of course), was that all this nonsense was flipping exhausting. Think of the effort – it’s like doubling the amount of processing that has to go on in my tiny head.

So what to do? I think there are four things that can be helpful (or at least they were for me) to stop acting and start living.

First, acknowledge what’s happening in your head and recognize that this is not unique to you. Everyone, literally everyone, experiences the Imposter Syndrome.

Second, get clear about what you value – not what you think you should value or what you want to value because it fits with your mask. Answer the question – what’s important to me? What are you sacrificing by not showing up and reflecting your values, but someone else’s?

Third, try to understand the fear that sits behind your need to show up as someone else. Usually we’re afraid that the world will react unfavorably to who we are. That’s BS. By taking that perspective, we’re giving away all our power to people whose opinions don’t matter anyway.

Fourth, practice showing up without your mask on. Start slowly, notice when you get the urge to put it on. Reflect on the times when you do put it on – why? What were you protecting? Was it helpful? How will you react differently next time?

This quote by Ricky Gervais sums it up nicely: “The best advice I’ve ever received is ‘no one else knows what they’re doing either.’”