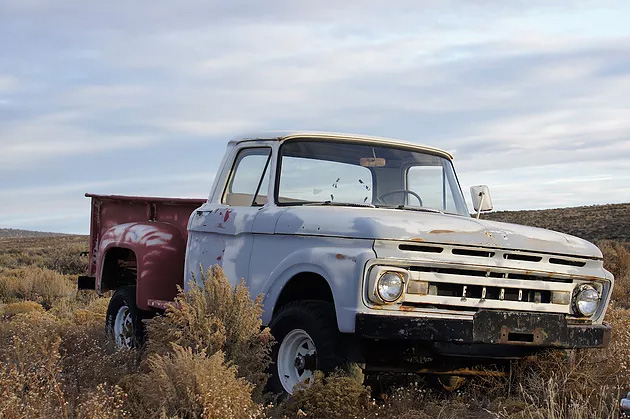 “Better a diamond with a flaw than a pebble without.” — Confucius

Perfect is the enemy of good.

According to Wikipedia, Voltaire popularized this little gem sometime in the 18th Century. A colleague passed it on to me early in my career and although I didn’t heed its message then, it stuck with me.

I was banging my head against the wall with frustration over some stupid thing outside of my control.

It might have been a client shirking my advice, a colleague misinterpreting something I said, a subordinate failing to follow guidance – who knows.

Say it again: perfect is the enemy of good.

It’s so simple, yet captures the essence of why so many of us stress ourselves out completely and deal in fits of starting and stopping when trying something new or different – and that’s if things are going well.

For many of us, we don’t start something for fear that completing it perfectly will be too hard (also known as the Nirvana fallacy).

This is absurd and yet it happens all the time. If we do muster the courage to take on something new, rather than feel excited about the potential of the project, we create a monster in our heads – a little perfectionist gremlin.

Then begins the worry, anxiety, pressure and stress.

This new project, hobby or work deliverable goes from being an innocent little to-do that just popped into our world – to a mess of assumptions, anticipated expectations, fears and hypothetical outcomes. All before we’ve even sat down to contemplate what it is we really need to do.

When we start with perfection in mind, we unknowingly create boundaries and limitations – we stifle the possibilities of what could be. Who’s to say that you or I or anyone has the slightest clue what perfect even looks like? Let’s face it – we don’t – for anything. Our individual experience is just too limited and there are too many variables to consider.

Perfect doesn’t exist in an imperfect world, at least when we’re talking about what we’re (humans) capable of.

What if, instead, we let go of achieving perfection and focused our attention on the process of creating? What would change? Some of us might argue that we have to begin with the end in mind if we want to achieve a specific outcome – and why not start with what we consider to be the perfect result? Hey, it’s Steven Covey’s second habit of the highly successful after all!

Yes, beginning with the end in mind is essential – when the end isn’t perfection.

The problem with starting with some notion of perfection is that by its nature, it is unattainable. That’s no good – why start with impossible standards? Rather, we need to have an idea of what we want to achieve and then trust the process of creation – being mindful of whether we are holding too tightly to the outcome we want – our own notion of perfection.

When things start to slip, slide, change, morph, evolve, fall apart – we have to be flexible enough to adapt and carry on.

This is the essence of creation and the real beauty is in the process, not in the outcome. I know this sounds counterintuitive but hang with me a minute. If we’re talking about art, beauty is the right word. For most of us, though – we aren’t artists, we subsist in a more drab, mechanical and autocratic world. For us, it’s not beauty to be had in the creative process – it’s value.

Even if the product is imperfect (which it will be), it’s the process of producing that holds all the benefits.

Learning, development, growth and a good product only happen when we relinquish ourselves to the process. We have to let go and trust. We have to trust that we’ll know the right questions to ask (we will), that we’ll receive good input (we will), that feedback isn’t a criticism (it isn’t), that changes are a good thing (they are), that we are capable of navigating the unknown (we are).

Without trust in the process, we hold on too tightly to some desired outcome.

An outcome that is probably our own idea of perfection – which we’ve already established may not be perfect at all.

What is the process then, what is the magical sequence that if we trust, will deliver results?

Step One: Define Good (as in, what does good look like, not perfect!)

Like I said, simple – and it is, with one important exception. Knowing when to skip step five.

This is the hard part – knowing when iteration no longer yields discernible improvements.

Most of you are familiar with the concept, it’s called the Pareto principle or more commonly, the 80-20 rule. It states: it commonly takes 20% of the effort to complete 80% of a task, while to complete the last 20% of a task takes 80% of the effort. It’s at this point that continued efforts to achieve the desired outcome (perfection or near-perfection) don’t make any sense.

In order to avoid this dilemma, we have to become acutely aware of the law of diminishing returns and steadfastly hold ourselves to its obedience.

It feels weird right? To let go of striving for the perfect outcome or product.

I know, it still feels weird – this notion of ‘good enough’. When ‘good enough’ is the goal, there are some lingering feelings of laziness, mediocrity, shortcutting or settling. If we don’t strive for perfect, we’ll never be great – right? I don’t think so, but society tries to tell us differently.

We celebrate famous perfectionists – like Apple’s Steve Jobs – so it’s no wonder we hold the perfectionist’s ideals in high esteem.

What’s less discussed is the lurking dark side of perfectionism. From a business perspective, striving for perfection can have serious negative impacts including unnecessary psychological burden, unhealthy stress, pressure and added expense – as discussed in this Inc.com article dubiously titled “Steve Jobs, and Why Perfection Might Be Your Worst Enemy”.

Think of it this way – if you were the CEO of a company, would you want your people striving for perfection in everything they did – or would you want them to be equipped to know when something was done ‘good enough’ and move on to the next important task?

I’d argue for the latter every time.

As leaders, it’s our job to help those around us better understand ‘good enough’ and relinquish our own grip on perfection, focusing less on the outcome and more on the process.

Here are five tips for being a leader in a perfectionist world.

Define ‘good enough’ by outcomes, not means. Help your team by being as clear as you can about the desired outcomes of their effort. Empower your team to realize those outcomes on their own, by their own means. On bigger, more important efforts request frequent ‘check-in’ meetings to offer support, input, and steering.

Cultivate awareness of ‘good enough’. Explain the Pareto principle to your team and set the expectation that they apply it. At first, as your team is getting comfortable, ask that they consult you when making a decision about what is ‘good enough’. As your team’s comfort grows, reward decision-making that reflects their sound judgment.

Role model anti-perfectionist behavior. If you’re a perfectionist yourself, acknowledge this with your team and empower them to call you on your tendencies when appropriate. When practicing the 80/20 rule, acknowledge the trade-offs being made (i.e. quality for cost, speed for quality) and why.

Get going and learn from the process. Encourage your team to get out of the ‘defining good’ stage as quickly as possible. For many, the tendency will be to have as much uncertainty resolved as possible before beginning work. Instead, push your team to venture into the unknown by encouraging ideas, making small mistakes and iteration (to a point). Create a safe, risk-free environment for experimentation by focussing not on what was wrong, but what was gained as a result of following the process.

Value the process as much as the outcome. Barring some freak fatal mistake – following the four steps above will mean the work of you and your team will be ‘good enough’. That’s great! Celebrate a successful outcome but don’t forget to revisit the process – explore what was learned that can be incorporated into future projects and the development of your people.

Are you a perfectionist? Take this test to find out. Curious to learn more about perfectionism? Check out the forbes.com article titled “Perfectionism Is The Enemy of Everything”.