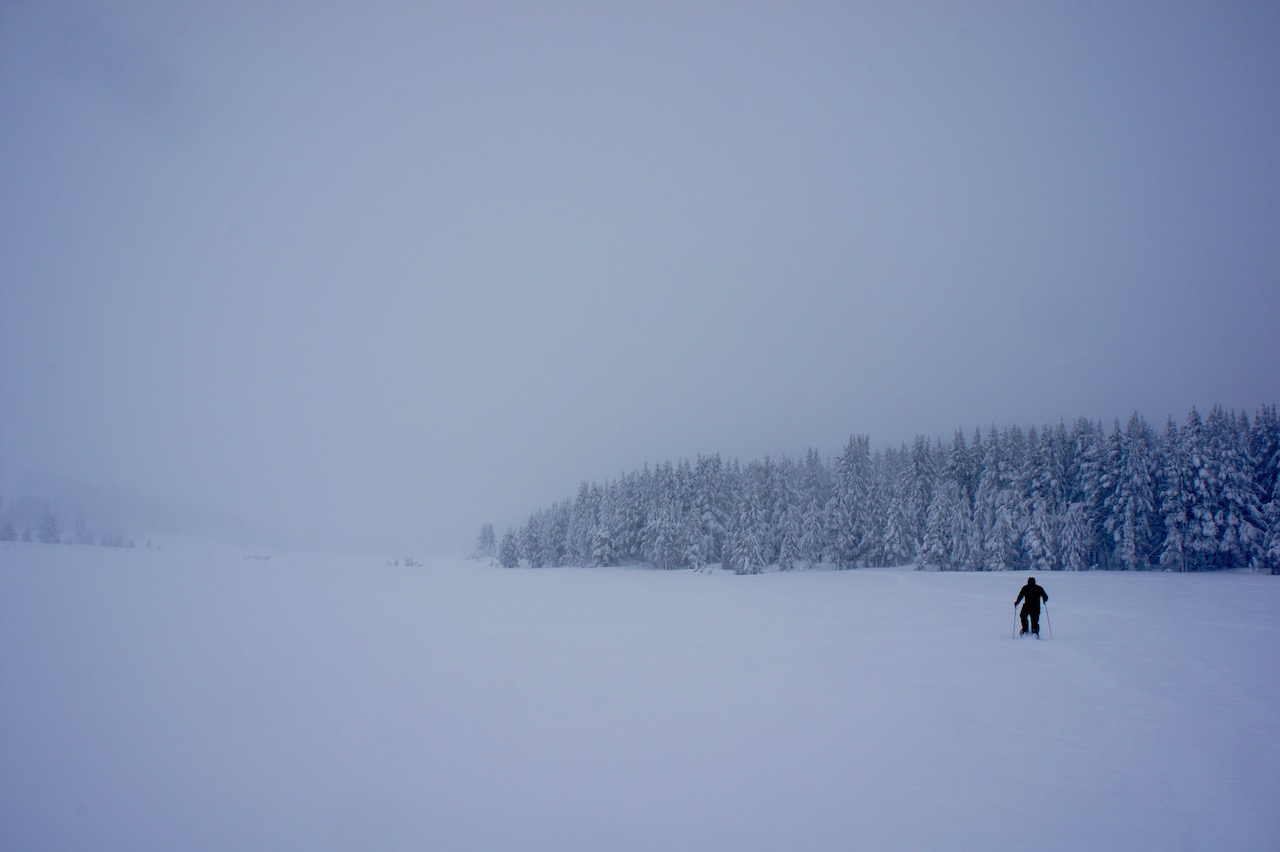 Have you ever encountered this weird phenomenon at work?

You collaborate regularly with your fellow employees and during the course or your work together you need to ask that they take on some of the workload.

There is simply no way the team can get what it needs to do done without everyone signing up to do some of the work.

Your co-workers agree, and then do as little as they possibly can – or nothing at all.

As a consultant, I saw this all the time.  As a group of outsiders to our clients, we’d joke that these ‘teammates’ did more work figuring out how to not do work, that they’d have been better off just doing what we’d asked them to do in the first place.

It seemed like their mantra was ’do the least you can get away with.’  As we’d learn though, that wasn’t it at all.

As organizations become flatter and the lines become more blurred between roles and responsibilities, as more of us take on positions with vague titles like ‘consultant, generalist, business partner, expert’ and as technology takes care of routine tasks forcing more of us to become collaborative ‘knowledge workers’ – getting people to do what you want them to do is fast becoming a critical skill for success in the 21st-century workplace.

It’s one of those things that seems straightforward enough but as I can attest to from my own clumsy attempts, it’s anything but.  As I reflect on those experiences, some lessons begin to emerge.

To be clear, I’m not talking about manipulation or charisma or building a bulletproof argument or any other clever way of convincing.  I’m talking about getting people to want to help you and actually following through with great work.

Unfortunately, this outcome isn’t often achieved are two things happening that contribute to nothing getting done when you ask for help.

First, we make assumptions about the way things work in organizations that are often wrong.

Second, the way we involve people virtually guarantees they do the bare minimum.

My personal experience as a consultant gave me unique perspective on how to get things done in organizations.  I was an ‘outsider’ and in a position without much organizational leverage, but in most cases it was clear our work was the #1 most important thing happening in the company and was backed by the most senior people in the business – all the way to the top.

You’d think with that level of sponsorship, visibility and significance of the work I’d have no trouble getting the assistance I needed – and like me, you’d be wrong.

Myth:  Asking a colleague to do something because it’s for the CEO or SVP or Manager or any other ‘superior’ is a great way to get them to prioritize your need ahead of other tasks.

Reality: Unless it comes directly from the ‘superior’ or from an employee’s boss (i.e. the person who controls performance reviews) a passed on mandate from ‘above’ doesn’t mean much.  Instead, what people need to understand is how the work connects to something bigger – meaning, purpose, impact, or outcomes.

Subtext: Throwing a hierarchical trump card signals you’re too lazy and don’t care enough to spend a few minutes articulating the importance of the contribution you’re soliciting and therefore, what you’re asking for doesn’t really matter.

Like I said, our work was important for the companies we were working with.  As consultants, we were brought in to do what the organization itself wasn’t capable of doing or didn’t want to do (at least that’s what we thought).  We were dictating changes to the business’s strategy, operations, structure – what could be more important?  Turns out, a lot.

Myth:  If you ask someone to do something for you by explaining how important it is, you can expect they’ll do it and do a good job.

Reality: You just added your request to the list of the 57 other things that are ‘top priority’ -maybe it’ll get done if you’re lucky.  And with so many other priorities, there’s no time to do them all well – so you can expect the bare minimum if your request does make it to the top of the list.  Oh, and let’s not forget that work isn’t the only thing people have going on in their lives – even if it is the only thing you have going on in yours.

Subtext: Yes, what you need done may be important but implying that your priorities are the most important is presumptuous and selfish.  There’s no faster way to get someone to blow you off than to insinuate that their work doesn’t matter, but yours does.  Instead, first acknowledge the work that others are already doing and that your request is another in an already long list of to-do’s.  Then make your case for prioritization.  Don’t patronize and be aware of the fact that everyone has ‘other’ things going on in their life that may influence how important they perceive your request to be.

Let’s say you’ve successfully made your pitch for help and your colleague is on board to provide some support.  Now you have to get them to do work that is actually useful.

Myth: Delegating work to others is as simple as telling someone what they need to do and by when they need to have it done.

Reality: By only explaining what you need done and when it’s due, you’re likely to get a product that checks the boxes but overlooks other meaningful insights that might have led to a more robust deliverable.  If you want a work product that doesn’t state the obvious or doesn’t have to be redone, you need to make clear how the output is going to be used – what it’s for, who’s going to use it or see it and what other pieces of work are tied to it (and how well it’s done).

Subtext: Delegating by simply providing instructions limits the scope of the task and makes it a basic transaction where completion, not quality, is what is important.  By providing context and explaining the connections of the work to broader efforts, the expectation is set and permission is given to think critically and develop insights beyond the stated task at hand.

When it comes to asking others to take on work on your behalf, it can feel awkward – almost like guilt, for burdening someone else with more work.  For others, there’s an expectation that coworkers be at their beck and call, ready to be told what to do.  Whatever your attitude about asking others for help, we’re all busy and time is a finite resource.  So, you better have a rationale for why you’ve come to someone for their help.

Myth:  We can assume that others will understand why we’ve asked for their help because it’s implied in what we’ve asked them to do.

Reality: What may seem obvious to us may not be as clear to others.  For example, let’s say I needed help building a presentation showcasing findings from a recent employee survey.  I know Kara from HR understands the organization really well and is an analytics expert, so I go to her to ask for her help with crunching some numbers from the survey but fail to explain why went to her and not someone else.  To her, it looks like I’m asking for help making some PowerPoint slides – but what I’m really looking for is her unique perspective on the organization and talent in analyzing data.  I’ve spoken with her manager about getting her more involved in the Business Unit.  We agree she is a valuable contributor and we see this as a great opportunity to build a partnership and create some exposure for Kara.  Because I failed to provide my rationale for getting Kara involved, she’s left frustrated when she could have just as easily felt empowered and enthusiastic.

Subtext: There are a couple of things going on here.  First, answering the ‘why me’ question presents an opportunity to explain why you thought of someone which can be motivational and engaging.  It helps others understand what they’re known for, which feels good.  It also signals you care about the work enough to take the time to think about who is best positioned to provide the help you need, instead of randomly tapping whoever you think is available.

Second, soliciting assistance simply because you think someone has the time (or ‘bandwidth’ – cringe) even if true, will almost always yield an unsatisfactory product.  It sends negative signals – that you know better than them how they should use their time, they’re not important enough or smart enough to do ‘higher level’ work, that they have to be told what to do.

It may seem like this is a lot of thought and effort just to ask someone to do something for you, something that they shouldn’t be surprised to be called upon to do in the course of their work.  You’re right, it is.  But it’s those who take this extra time and effort that slowly build a reputation and following and develop the muscles that make getting people to do what they want them to do more of a reflex than a laborious process.

Next time you need someone to do something for you, take a second and think about how you’re going to ask them.

Neill Beurskens is Founder of This Fearless Life and creates profound change for incredible people looking to get more out of their life and work. To explore the possibilities of a life lived fearlessly visit www.thisfearlesslifecoaching.com