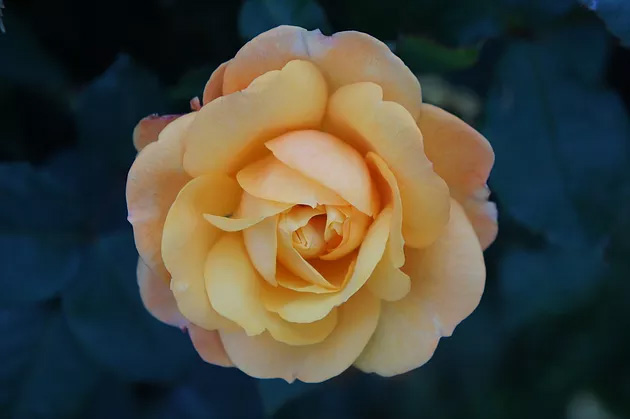 Over the course of the past couple of months, I’ve had the pleasure and privilege of coaching dozens of young professionals, who are at the top of their (burgeoning) professional game but are considering significant career change – or even putting their careers on hold to go back to school.

These are folks who’ve come from some of the best universities in the country (the world even), have acquired prestigious practical experience and are now at a crossroads: what’s next? Do I want to do this for the rest of my life?

For most of these individuals, the possibilities are endless but there’s a lingering reluctance to take action, a resounding lack of confidence and a plethora of self-defeating attitudes about what’s possible.

If the best preparation, highest mental acuity and virtually unlimited access to career options aren’t enough to feel like you’ve got the world at your fingertips – then what does it take?

After exploring how my conversation partners were considering their futures – both personal and professional, a few things struck me.

First, many of us harbor unrealistic expectations during our career that we need to ‘have it all figured out’ – which creates this weird paradoxical dynamic of impatience and risk aversion. There seems to be a belief that careers are more linear than they are among the new professionals I spoke with. They feel as though there’s some magical sequence of jobs that are going to eventually get them to where they want to be (as yet undefined, I’ll talk about this later…).

Of course, the reality is the opposite. The most meaningful careers are typically meandering journeys. There’s discovery, change, difficulty, learning, failure, surprise, fun, opportunity, growth, disappointment. Careers really can’t be controlled or managed, they just happen.

What we do have control over though, are our decisions about the work we choose. We can decide to experiment, to be curious, to be content to collect knowledge instead of measuring success. We can decide to curate a diverse and broad array of experiences for the sake of informing where we want to play in the future and be okay with the trade-off of maybe moving up the ladder a little slower or being passed up by short-sighted recruiters – both possibilities, not certainties.

Second, there is a perception that the perfect job exists – somewhere out there. For many of us, there’s real pressure to find the perfect role, doing the perfect job, at the perfect company within the perfect industry. It can be overwhelming and cause paralysis. The perceived risk of making the ‘wrong’ decision is heightened by this notion of there being a perfect gig. Again, reality couldn’t be more different. There’s always going to be trade-offs. The key is being intentional about the trade-offs you’re willing to make, and then put yourself out there to see how things line-up against your criteria for meaningful and fulfilling work.

For many of the young professionals I spoke with, the perceived career stakes couldn’t have been higher – but I couldn’t help thinking that to me, it seemed like they were playing with house money. This early in their career, even a bad decision wasn’t all that bad, so long as there was learning and growth coming from the decision. I joked that someone could decide to take a year and drive a cab and if their mindset was right, it could be one of the most enriching and rewarding experiences of their career (and have equal value in the talent marketplace).

In one of the more surprising and bizarre observations, I found in some that while maintaining the belief (or hope) that there was a perfect job for them out there somewhere, they were reluctant to leave their current job for fear of being disappointed by the new job – that it turned out not to be the perfect thing they thought it might be, or maybe even a step backward. So, they stay put despite wanting to move on, all because they’ve created an impossible standard for their next job. Instead of pursuing an interest, learning as much as possible and moving on if it wasn’t a great fit – they’re content to languish because, well – ‘what if that next thing isn’t perfect?’

Third, for all the smarts of these valedictorians and magna cum laudes there was one question whose answer was proving most elusive: why? When I posed this simple question in reference to choice of work or career I often got silence, or a nice tidy textbook response. For a career to have meaning and bring with it a sense of fulfillment, we have to connect with the work we’re doing – like really connect on a deep, personal level. This connection was missing for many, while others were beginning to figure out that all the work they did in school was very helpful in getting a well-paying job, but it wasn’t at all helpful in putting them on the right track to doing work they love.

Another way to think of this might be to examine the idea of having ‘made it’. Many of us think about some distant, far off future where we’ll have the recognition, accomplishments, wealth and possessions that we’ll finally have made it. But what is ‘it’ in this sense? What will it take to feel the calm and contentment that comes with knowing you’ve made your mark, or contribution or made a difference in someone’s life?

Fourth, I was surprised by the choices being made about going back to school to obtain an advanced degree and in particular, an MBA. Of those considering going back to school, the main draw for them wasn’t in obtaining advanced or specialized knowledge – its allure was in the prospect of building relationships (aka building a network) and having time to explore their interests (while having a fair bit of fun). For those who were deciding not to attend, they were finding that the opportunity cost and the real cost of going back to school far outweighed the value of the degree itself. There’s some truth behind the latter, with recent reports finding that the value of an MBA may be waning.

So why was this a viable option for so many? I think it boils down to risk and a fear of the unknown. With an MBA (or any other advanced degree), you know what you’re going to get at the end of your studies, and that piece of paper still holds value for many. That certainty about the product of time and money invested makes it seem less risky. On the other hand, using that time to explore work by taking on roles that seem interesting, well that seems like a lot of uncertainty with no guarantee of payoff – and I think, it just plain seems more difficult than going back to school.

The question to me comes down to what is going to make you distinctive in the talent marketplace? Will an MBA make you distinctive, even if it’s from a prestigious university? I’d argue it won’t really set you apart from the rest. What sets someone apart is having a unique perspective built upon rich and varied experiences and being able to connect those experiences with a challenge or problem that needs to be solved. One person I spoke with relayed some perspective she received from a mentor: “If you had $100,000 and 2 years, would you use that to go to school or would you do something else with it?” Good question.

Maybe I’m getting older and my perspective has changed since I was a young, 23-year-old (aspiring) professional. Maybe the world has changed. Maybe it’s different to work in 2017 than it was in 2003. Maybe its all of the above, or maybe nothing has changed.

Whatever it is, I can’t shake the feeling that there’s more insecurity, more of a need to prove oneself in the crucible of work today than there was then. The sacrifices are greater, the debts more substantial, the burdens heavier – and for what? Who wins? The clear winners are those who benefit from our career diffidence, the organizations that thrive because we are insecure and willing to stop at nothing to climb the ranks, to prove our worth.

Companies are getting better at exploiting talent – it’s partly a function of the talent market, but I think it’s become so ingrained in the systems and processes of modern management it’s not as visible to us. Things like best companies to work for lists, internships, resumes and interviews, performance reviews, rewards and recognition, promotions, forced ranking, incentive packages, ‘up or out’ models – they all conspire to deflate, to create a sense of lacking in us. There’s a psychological game being played in service of shareholder return. And I saw this reflected in the rude awakenings being had by all those bleary-eyed “new” professionals, it seems like they wanted to shout “I worked so hard for this?”

Disappointment might be the best way to explain it, or was it just naiveté?

There is hope though, through my conversations I was able to glimpse a newfound sense of ownership from these newbies. A feeling that said, ‘okay, this isn’t what I expected from the working world – I’m going to see if I can improve my experience – right after I finish business school’.