Are You Emotionally Intelligent? 5 Simple Steps to Keep Your Emotions in Check 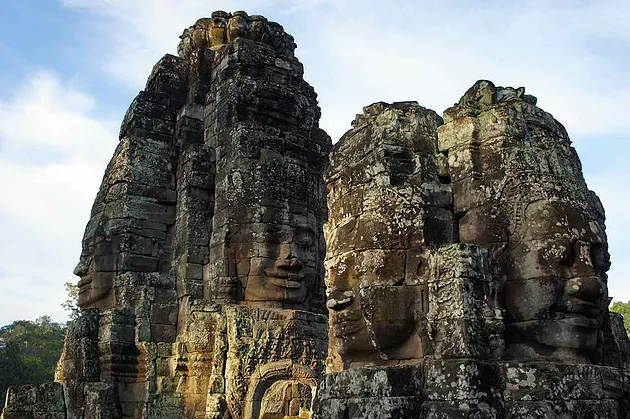 For more than a decade I worked as a management consultant, where the workload could be never ending. If you weren’t careful, you might find yourself upside down on that work / life balance equation. In an attempt to keep my balance intact, I became so protective of my time that I almost went crazy defending it. I devised methods to manage my time impeccably and took pride in my ultra-efficiency. I used to think, “I get more done before 9 AM than most people do in a day”. Sadly, this wasn’t a recipe for success, rather it became a trigger for frustration, stress, fatigue and in some cases, anger.

We all have triggers, things that if they happen, send us for a loop and provoke an emotional reaction rather than a logical response. For me, the trigger was my perceived loss of control over my time. It seemed that lurking around every corner there was a request or problem or need waiting to suck up every last free minute – to the point where I would have to work late into the evening and on weekends, sacrificing my personal life for my work. My reality, though, wasn’t that (mostly). Sure, I worked a lot – probably more than most people, but what I now realize is that I was protecting an idea. I was protecting this idea that I was in control. The fact is, and remains (for all of us) that control is an illusion.

My Trigger: The Need For Control

If we examine our need for control (and as humans, we all have a need for control), we’ll find that it is one of the primary triggers responsible for sending us into a tailspin when unplanned things happen in our work and life. Our incredibly busy, modern lives aren’t much help – in fact, as we’ve developed into a more advanced society, time itself it seems has become an even scarcer commodity. Demands on our time are everywhere and as this brilliant Economist article points out, “When economies grow and incomes rise, everyone’s time becomes more valuable. And the more valuable something becomes, the scarcer it seems.”

So to stay in control (so I thought), I became a time protector – so what?! Who isn’t? Well, my protecting turned into a bit of an obsession and as things inevitably came up that cut into my precious time boxed calendar – an emotional response was triggered. At first, it was mild frustration. In fact, I may not have cared at all. But as the to-do list lengthened and the stakes got higher, my responses became more severe. I vividly recall the day I blew up on a (much more senior) colleague because a whole list of tasks in a project plan suddenly appeared with my name next to them and due in a very short time. Seeing late nights and weekends spent working my voice began to rise, I was talking over my colleague, I was pushing back hard in front of a room full of people, I was angry, I had crossed the line. Ultimately, this outburst held me back for a time until I could demonstrate I had things under control – you can’t promote someone who doesn’t have control of something as simple as their emotions – can you?

Of course, there are other triggers too – lots of them. An article in Psychology Today provides a list of some of the most common emotional triggers, meaning you react when you feel as though you aren’t getting or will not get one of these needs met:

Now, you may be thinking that you’re pretty good at managing your emotions when one of these needs isn’t being met. And you may be right, but I’d argue we could all do better. Here are five steps you can use to better manage your emotions.

Five Steps To Managing Your Emotions

Step One: Understand your triggers. Go ahead, pick out the three or four triggers that make you squirm from the list above. Think about how you feel when you’re denied these needs. Think about a time when you reacted to an emotional trigger – understand the context and what you were protecting.

Step Two: Understand the physiology of what is happening in your brain when you encounter a trigger. Essentially, we have two critical parts of the brain that manage our behavior – the frontal lobes, which manage executive functioning (sophisticated managerial tasks) and the amygdala, which is responsible for survival. When the frontal lobes are overwhelmed (when we are overloaded with demands) or sense danger (when we fear our critical needs won’t be met), the amygdala takes over and hijacks our ability to think rationally. Instead, we react in a primal, impulsive way. We do whatever we can to shut down what is triggering our fear. It’s at this moment we are prone to behaving in ways that are counterproductive – that can sabotage our relationships, our standing in the workplace and ultimately, our success.

Step Three: When you experience a reaction from a trigger, take responsibility for the behavior and learn from it. What happened? How did it feel? What was the trigger? What was the response? Was your response productive? What would you have done differently? Explore and increase your awareness of your triggers and emotional responses.

Step Four: Develop an alternative reaction. Think about how you would like to respond the next time you experience a trigger. Practice the sequence. Prepare your response when you’re entering a situation that might trigger a reaction. Repeat.

Step Five: Practice and enlist support. At first, the preceding four steps will seem foreign – silly even. To help, enlist the support of someone who can alert you when you are having a response either in the moment or after. You may not even realize you’ve reacted the way you did. It can help to have someone else tell you how you’re coming off towards others. Once you give this person permission, be careful not to shoot the messenger.

You’re human, and guess what? You live in an incredibly complex world that is becoming increasingly challenging to manage. The demands we face are unprecedented in the history of mankind. It’s to be expected that we’ll be challenged to be in control of our emotions – in fact, this ability to identify and manage emotions now has a fancy name: ‘emotional intelligence’ and has gained acceptance as the ‘secret sauce’ that differentiates smart from successful. Becoming emotionally intelligent begins with knowing your triggers and how you want to respond. This simple awareness can go a long way to productively managing your emotions. Without it, you risk letting a difficult situation spin out of control. It’s up to you.